The August 4th explosions in Beirut were very jarring to me due to the loss of human life, and the numerous, direct videos that looked like something out my 80s youth nightmares. Hearing that it was caused by 2,750 tonnes of ammonium nitrate, I started working on my phone to quantify my fear by figuring out how easy it would be to ship that much, and how much it would cost.

According to wikipedia, there were at least 171 deaths; 6,000 injuries; 300,000 people homeless; and US$10-15 billion in destruction with a blast radius causing damage up to two miles away. 1

After my initial shock, I heard 2,750 tonnes of ammonium nitrate mentioned in the news but didn’t know much about that and wanted to know how big that was. It surprised me that it seems to cost a little over half a million to buy and ship this much It ends up being really cheap, really common, and really small and that scared me by how simple of a risk this is for misuse. I’m hoping that anti-terrorism agencies are working to prevent this but since I didn’t see much coverage on this, I’m posting my notes here in case others were doing similar research.

If you can, please consider donating to help those impacted. Choosing a charity is hard, but I noticed that Nassim Nicholas Taleb recommended Beirut Emergency Fund 2020, a co-worker recommended Lebanese Red Cross, and Google has a nice Donate with Google page set up with the Center for Disaster Philanthropy.

My initial wondering was “what is ammonium nitrite and how big is 2,750 tonnes of it?” And that led to a chain of reasoning that made me worry more and more…

Nothing here was too complicated but it ate up part of Sunday morning while my wife and I were watching the news. I work on trying to collect references for lines of reasoning and so I started bookmarking some sites as I answered each of these questions.

Breaking down the arithmetic

There are many assumptions I made and I’m not experienced in chemistry or mining or export or shipping so I think that I’m likely quite a bit off in my calculations, so I figure I may be off by a power of 10. But that’s a big caveat before I start making naive calculations.

Why did I convert that to cubic feet? I wanted to try to think of that in car cargo size and those are displayed in cubic feet. 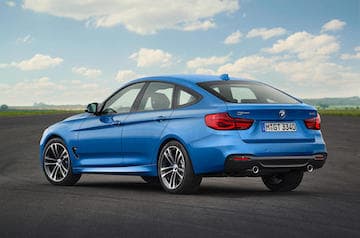 So, the entire batch of ammonium nitrate in Beirut takes up 1594 m3. That’s too big to think of in hatchbacks, how many shipping containers is that?

A shipping container, or an intermodal container, are those standard sized steel boxes that we see on trucks and stacked up in ports and is used for shipping pretty much everything for freight transport. They come in 20 foot and 40 foot versions and shipping is described in twenty-foot equivalent units or TEUs. This is one of those funny situations where the standard is in imperial units (kind of like tire sizes) but the dimensions are 6.1m long, 2.6m high, and 2.9m wide and have an internal volume of 33.1 m3. 5

So 2,750 tonnes takes up 48.16 TEU shipping containers. Still kind of hard to visualize. How many does one of those cargo ships carry? Is 50 containers a lot?

Modern container ships can carry over 23,000 TEUs. 6 So 50 containers is just a fraction of the overall cargo. 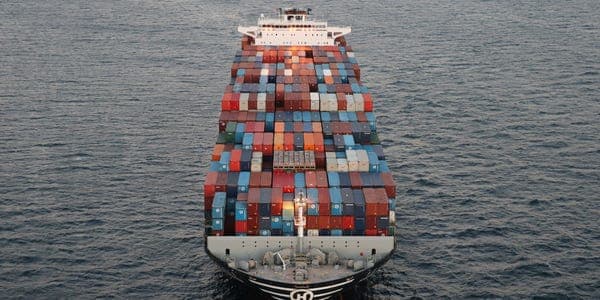 So I can kind of visualize 50 TEUs and the neat web site The Measure of Things tells me that’s 3/4 the size of a hot air balloon.

So big, but not humongous. Certainly something that the Joker or Simon Gruber could arrange to ship with 25-50 semi trucks.

How much would this much cost? The price seems to vary depending on country, this chart from 2007 shows the cheapest price from Russia at $156/tonne. [^pricing] And the current retail price on Alibaba.com is $192-217/tonne. 7

So 2,750 seems like a purchasable amount. Assuming that the 2007 price from Russia is reasonable for a bulk price gets us to $429,000 as the raw cost of the material.

How much to ship?

So if a bad guy has 50 containers full of ammonium nitrate, how much does that cost to ship?

An explosion in any US port would be terrible, but just to estimate prices I calculated shipping it to the Red Hook Terminal in Brooklyn, NY as a two mile radius from there would reach much of New York City.

So it seems like the total cost to purchase and ship 2,750 tonnes of ammonium nitrate is $567,000. That seems way too cheap to cause so much damage.

According to CNN, the fertilizer was on a Russian ship called the MVRhosus and was bound for Madagascar when it stopped in Beirut.

This is one of those risks that I don’t know any way to practically cope with, so I have to trust that multiple government agencies are working every day making sure stuff like this doesn’t happen.

But if someone is working on a Bond script, or an Austin Powers script, this might eventually show up in a story.

All the calculations together